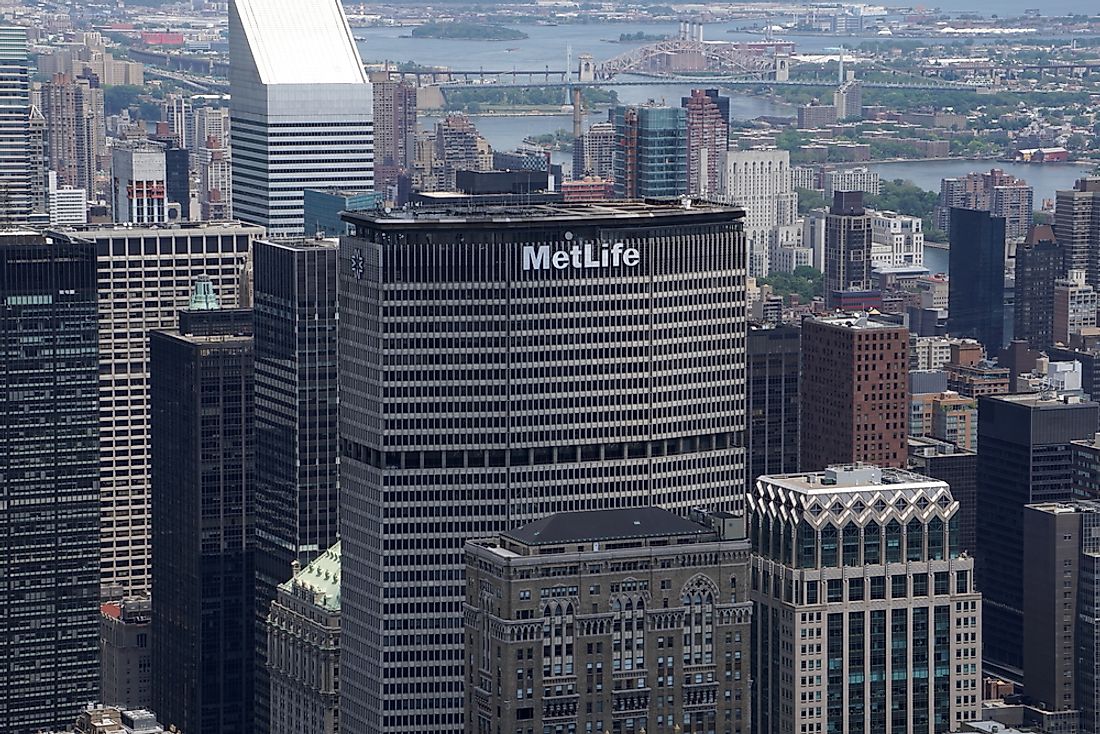 Life insurance is a contract with an insurer that will see a beneficiary receive a pay-out after the death of the principal or after a period of time. The insurance package can cover many things, all dependent on the insurer and the premium paid. The first ever life insurance Company in the US was established in 1759 and the industry has grown tremendously over the years. In 2014 around 180 million American citizens had at least one form of life insurance policy. In the same year, about 900 life insurance companies reported a sum amount of close to $147 billion of direct written premiums in various parts of the country. MetLife Inc., which is the largest life insurance company in the US, recorded $11.3 billion in written premiums with about 7.7% of market share. New York Life, Northwestern Mutual, and Prudential Financial Inc. recorded each more than $7 billion in written premiums.

8 Biggest Life Insurance Companies in the US

MetLife is among the largest world providers of life insurance, other insurance policies, employee benefit programs, and annuities. It operates in more than 60 countries in the world with more than 90 million customers. MetLife was founded in 1868, and as of 2015, it was the largest life insurer in the US. The company reported an amount of about $11.3 billion in written premiums in the US, giving it a stake of 7.66% in the American market, and close to $1 billion in premiums in the foreign markets. In 2014 the company recorded $73.3 billion in total revenue, ranking it as one of the biggest companies in the world. MetLife offers various insurance products, asset management services, and employee benefits programs.

Northwestern Mutual takes a close second with a market value of close to 6.5% in 2014, from reported written premiums amounting to more than $9.5 billion. In the same year, the company recorded around $26.7 billion in combined revenue. Northwestern Mutual is a mutual insurance company managed to benefit the policyholders. The policyholder dividends totaled $5.5 billion in 2014 from which the insurance paid the policyholders close to $5 billion. The company offers investment products, financial planning services, and many other insurance products besides life insurance.

New York life is among the US’s and the world’s largest mutual life insurance companies, and globally it was ranked by Forbes in 2016 as the 61st in the list of 500 fortune companies. It had assets worth $500 billion under its management. It was founded in 1845 in New York as Nautilus Insurance Company with an asset worth $17,000. In 2014, New York Life had about $8.2 billion in local life insurance premiums, and this makes for roughly 5.6% market value. Ranked as the biggest mutual insurance company in the US, the ranking is based on the fact that in 2014 the company had combined revenue of $38.7 billion.

Life insurance is a marketable product that has grown fast through the years, has seen insurance companies grow, and is expected to continue growing in the coming years. More people are buying life insurance, encouraging growth and competitiveness within the industry. The US has the world’s largest life insurance in gross written premiums, and in 2014, it accounted for 26.8% of the world’s gross written premiums. The growth of life insurance sector during the year was attributed to the recovery of the economy, the decline in unemployment, a growth of the aging population, and rising disposable income. Over the period 2014- 2015, the unemployment rates fell from 9.3% in 2009 to 5.6% in 2014 because of the increased economic stability.

8 Biggest Life Insurance Companies in the US

0 Replies to “8 Biggest Life Insurance Companies in the US”

What is Insurance: Definition, Benefits, and Types