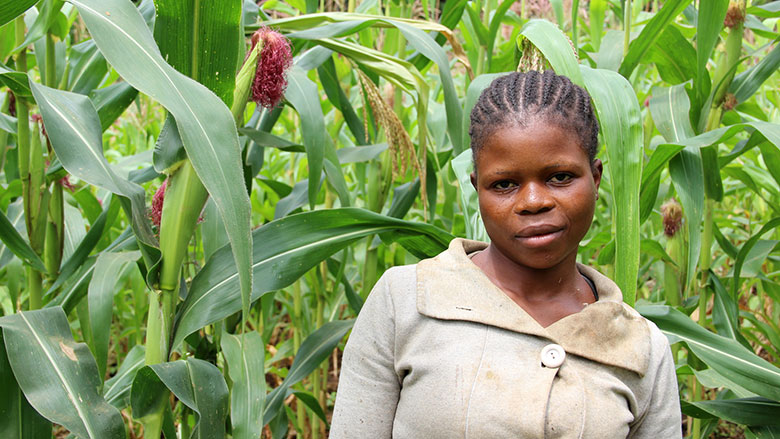 YAOUNDÉ, January 17, 2017─As agriculture in Sub-Saharan Africa becomes increasingly vulnerable to the vagaries of climate change, a new kind of approach to insurance, called “index-based insurance”, has been developing over the years as a response. Contrary to more classic models of agricultural insurance, which defines rates in function of the probability of loss and the yields of the previous year, index-based insurance uses meteorological indices such as humidity, rainfall, temperature, and collects satellite data to anticipate and manage risk.

In order to develop this innovative tool, which has the advantage of being more affordable for farmers and can accelerate the settlement of claims without sending an expert, the Government of Cameroon requested the World Bank and the International Finance Corporation (IFC) to conduct a feasibility study to improve the knowledge and understanding of the market opportunity for index insurance in the agriculture sector. The findings were unveiled in Douala on December 15, 2016, at a workshop jointly organized by the World Bank Group and the Association of Insurance Companies of Cameroon (ASAC). The event was another milestone for Cameroon’s agricultural sector, which is increasingly experiencing shocks due to climate change.

In 2015, the sector accounted for 20% of the country’s gross domestic product (GDP), approximately $6 billion, and employed 54% of the population. Even though more than 12 million Cameroonians depend on agriculture for their livelihoods, their primary means of agricultural risk mitigation are limited to risk avoidance and other informal approaches such as underinvesting in agricultural inputs.

Recognizing an opportunity in the agro-insurance space in Cameroon, the World Bank Group focused the feasibility study on value chain mapping in order to assess index insurance opportunities along the value chains for cotton, maize, livestock, and sorghum. It also sought to catalyze and reinforce the development of a sustainable market for agricultural insurance products. Additionally, the findings are also expected to complement two World Bank projects in Cameroon: the Agriculture Investment and Market Development Project and the Livestock Development Project.

“Agriculture index insurance will mitigate the risks of climate change for both farmers and those who finance them,” says Alphonsus Achomuma, World Bank Senior Financial Sector Specialist. “This will encourage the use of optimal investment in agricultural inputs & methods, and encourage banks and micro finance institutions to provide financing to farmers,” he emphasized.

Another element that the study examines is the readiness of the enabling environment that would allow for the development of an agricultural insurance market. As part of the Conférence interafricaine des marchés d’assurances (CIMA) zone, the regional body of the insurance industry for 14 Francophone countries in Africa, Cameroon has broadly adopted the regulatory frameworks for microinsurance since the notion of index insurance was introduced in 2012. The sub-region received technical and financial support from the Global Index Insurance Facility (GIIF) for the regional microinsurance study, resulting in CIMA Book 7 that allows the practice of microinsurance operations, including index insurance.

The workshop also served as a forum for stakeholders to discuss opportunities and challenges for the development of an agricultural insurance market in Cameroon. Their inputs are critical to the pilot implementation of index insurance products for cotton, maize, sorghum, and livestock which will begin in 2017. The benefits of the pilot are expected to reach over 70,000 farmers and pastoralists by 2019. To ensure the pilot’s success, GIIF is committed to raising awareness on index insurance, providing financial support to lower the cost of agriculture insurance, developing data infrastructure, and building capacity of the local stakeholders.