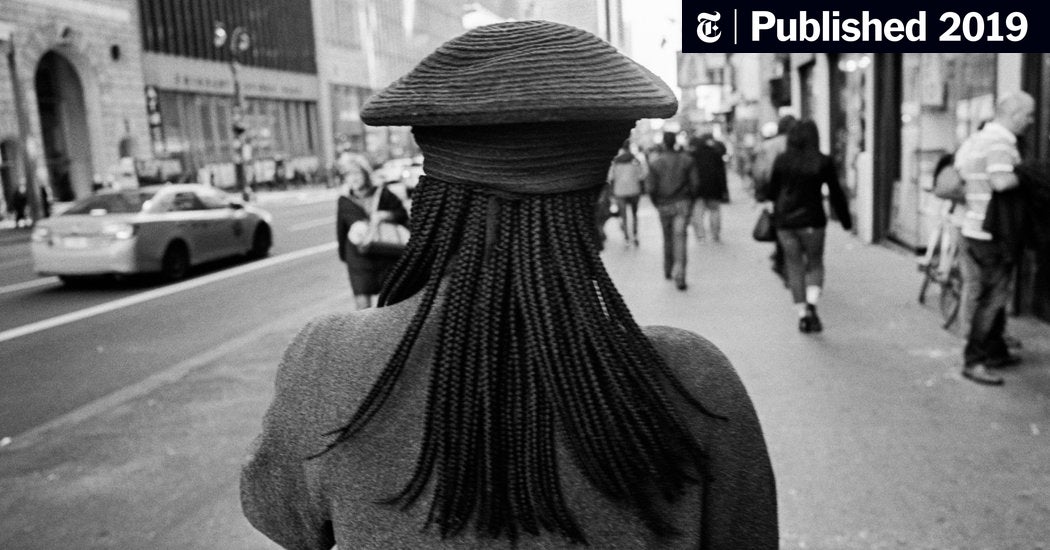 Under new guidelines to be released this week by the New York City Commission on Human Rights, the targeting of people based on their hair or hairstyle, at work, school or in public spaces, will now be considered racial discrimination.

The change in law applies to anyone in New York City but is aimed at remedying the disparate treatment of black people; the guidelines specifically mention the right of New Yorkers to maintain their “natural hair, treated or untreated hairstyles such as locs, cornrows, twists, braids, Bantu knots, fades, Afros, and/or the right to keep hair in an uncut or untrimmed state.”

In practice, the guidelines give legal recourse to individuals who have been harassed, threatened, punished, demoted or fired because of the texture or style of their hair. The city commission can levy penalties up to $250,000 on defendants that are found in violation of the guidelines and there is no cap on damages. The commission can also force internal policy changes and rehirings at offending institutions.

The move was prompted in part by investigations after complaints from workers at two Bronx businesses — a medical facility in Morris Park and a nonprofit in Morrisania — as well as workers at an Upper East Side hair salon and a restaurant in the Howard Beach section of Queens. (The new guidelines do not interfere with health and safety reasons for wearing hair up or in a net, as long as the rules apply to everyone.)

The guidelines, obtained by The New York Times before their public release, are based on the argument that hair is inherent to one’s race (and can be closely associated with “racial, ethnic, or cultural identities”) and is therefore protected under the city’s human rights laws, which outlaw discrimination on the basis of race, gender, national origin, religion and other protected classes.

To date, there is no legal precedent in federal court for the protection of hair. Indeed, last spring the United States Supreme Court refused an NAACP Legal Defense and Educational Fund request to review a case in which a black woman, Chastity Jones, had her job offer rescinded in 2010 at an Alabama insurance company after she refused to cut off her dreadlocks.

But New York City’s human rights commission is one of the most progressive in the nation; it recognizes many more areas of discrimination than federal law, including in employment, housing, pregnancy and marital status. Its legal enforcement bureau can conduct investigations, and has the ability to subpoena witnesses and prosecute violations.

“There’s nothing keeping us from calling out these policies prohibiting natural hair or hairstyles most closely associated with black people,” said Carmelyn P. Malalis, the commissioner and chairwoman of the New York City Commission on Human Rights.

“They are based on racist standards of appearance,” Ms. Malalis continued, saying that they perpetuate “racist stereotypes that say black hairstyles are unprofessional or improper.”

In New York, it isn’t difficult to find black women and men who can speak about how their hair has affected their lives in both subtle and substantial ways, ranging from veiled comments from co-workers to ultimatums from bosses to look “more professional” or find another job.

For Avery, 39, who works in Manhattan in court administration and declined to provide her last name for fear of reprisal at work, the answer to how often she fields remarks on her hair in a professional setting is “every day.”

Avery said her supervisor, who is white, encourages her to relax her hair, which she was wearing in shoulder-length chestnut-colored braids. “She’s like, ‘You should do your hair,’ when it is already styled, or she says, ‘straight is better,’” Avery said. She added that the only hair color her supervisor approves of is black.

Georbina DaRosa, who is interning to be a social worker, had her hair in box braids as she ate lunch with a colleague at Shake Shack on East 86th Street on a recent weekend afternoon. Ms. DaRosa said her hair sometimes elicited “microaggressions” from her superiors at work.

“Like, people say, ‘I wouldn’t be able to recognize you because you keep changing your hairstyle,’ that’s typical,” said Ms. DaRosa, 24.

Her lunch partner, Pahola Capellan, who is also black and whose ringlets were bobbed just above her shoulders, said, of her own experience: “It’s very different. There’s no discrimination because my hair is more acceptable.”

A 21-year-old black woman who gave her name only as Enie said she quit her job as a cashier at a Manhattan Wendy’s six months ago when a manager asked her to cut off her 14-inch hair extensions. “I quit because you can’t tell me my hair is too long, but the other females who are other races don’t have to cut their hair,” said Enie, who now works at a hospital.

There has long been a professional toll for those with certain hairstyles. Almost 18 percent of United States soldiers in active duty are black, but it is only in recent years that the military has dropped its prohibitions on hairstyles associated with black culture. The Marines approved braid, twist and “lock” (usually spelled loc) hairstyles in 2015, with some caveats, and the Army lifted its ban on dreadlocks in 2017.

And certain black hairstyles are freighted with history. Wearing an Afro in the 1960s, for instance, was often seen as a political statement instead of a purely aesthetic choice, said Noliwe Rooks, an author and professor at Cornell University whose work explores race and gender. Dr. Rooks said that today, black men who shave designs into their hair as a stylistic choice may be perceived as telegraphing gang membership.

“People read our bodies in ways we don’t always intend,” Dr. Rooks said. “As Zora Neale Hurston said, there is the ‘will to adorn,’ but there is often a backlash against it.”

Chaumtoli Huq, an associate professor of labor and employment law at City University of New York School of Law, said that attitudes will change as black politicians, like Stacey Abrams, who ran for governor of Georgia, and Ayanna Pressley, who represents Massachusetts in Congress, rise in prominence.

“As more high-profile black women like Abrams and Pressley opt for natural hairstyles, twists, braids, we may see a positive cultural shift that would impact how courts view these guidelines that seek to prevent discrimination based on hair,” Ms. Huq said.

Hair discrimination affects people of all ages. In the past several years, there have been a number of cases of black students sent home or punished for their hairstyles. In New Jersey, the state civil rights division and its interscholastic athletic association started separate investigations in December when Andrew Johnson, a black high school student, was told to cut off his dreadlocks or forfeit a wrestling match.

Last August, an 11-year-old student in Terrytown, La., was sent home from school for wearing braids, as was a 6-year-old boy in Florida who wore dreadlocks. In 2017, Mya and Deana Cook, twin sisters in Massachusetts, were forced to serve detentions because officials said their braids violated their school’s grooming policy.

Similar instances in New York City could fall under the human rights commission’s expansive mandate, as do instances of retailers that sell and display racist iconography.

In December, the commission issued a cease-and-desist order to Prada, the Italian luxury fashion house, after the window of its SoHo store was adorned with charms and key chains featuring blackface imagery.

The fashion company instituted training in the city’s human rights law for employees, executives, and independent contractors. It also immediately pulled the line of goods from its United States stores.

Can I add my domestic partner to my health insurance?