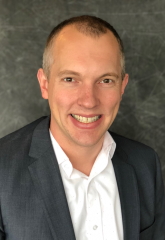 Our Redmond office (formerly Redmond General Insurance Agency, originally established in 1966 by Walter Brewe) is proud to serve the greater Puget Sound Region. We partner with many leading regional and national insurance carriers to find insurance programs that meet your needs.

For individuals & families we offer a wide range of insurance solutions including home, auto and personal umbrella. We partner with specifically selected insurance carriers for options and pricing to ensure that we meet your needs at an affordable price.

Contact us at (425) 885-2283 or redmond@assuredpartners.com to learn more about protecting your business and personal assets.

Nick Brewe is the third generation in his family to work at Redmond General Insurance Agency, focusing on property casualty insurance for individuals, small to midsized businesses, and non-profits. In June 2018 Nick became the Agency President of RGIA – In January 2020 Nick became Senior Vice President of AssuredPartners of Washington.

Nick graduated from nearby Woodinville High School, where he participated with the DECA program. He earned his BA from the University of Oregon; after college, Nick attended King’s College London earning his master’s degree, and volunteered at Shakespeare’s New Globe Theatre.

He began his insurance career at QBE where he served the majority of his time as an auto claims adjuster, but also worked for both commercial and personal lines underwriting. In 2010, Nick returned to RGIA as a customer service agent in personal lines. Nick’s role has gradually increased as he has gained experience. In 2014, Nick earned his Certificated Insurance Councilor designation, and in 2015 Nick became a board member and is the current President at the Independent Agents and Brokers of King County. In addition, Nick has also received several awards from our carrier partners; including being named a Young Gun in Insurance by Business Insurance America, a personal lines achievement award from Safeco, Sales award from Nationwide Private Client and he has sat on Mutual of Enumclaw’s agency council 2015 to 2017.